The pros and cons of moving to Montreal 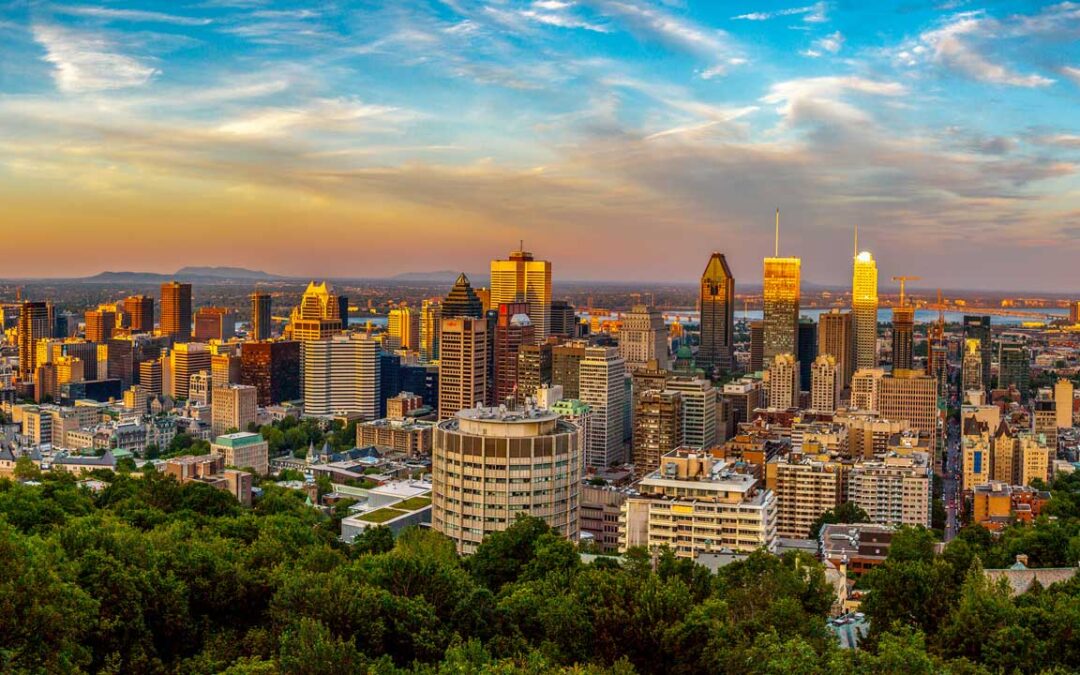 Montreal has been dubbed “the city of a hundred bell towers” to “the metropolis of Quebec” to “the city of the saints.” If you’re interested in living in a world-famous urban area, then Montreal could be a sacred place to live. There is much to love living in a friendly, progressive and liberal Montreal. As many advantages as there are, however, there are certain disadvantages to moving to the city.

Here’s our guide to some of the best and worst Montreal has to offer.

The benefits of moving to Montreal

There are quite a few things to love in the second largest French-speaking city in the world, after Paris.

If you go back to school or are single and have a job, you will find that the city offers cheaper apartment rents. This is especially true when compared to many other Canadian cities. Numbeo.com states that the average rent for a one-bedroom apartment in downtown Montreal is about $960. In Ottawa, the same downtown apartment will cost you about $1,150. In Montreal, you could also find offers, such as free rent for the first month or two months.

You will find that commercial leases are lower than those of other Canadian and U.S. cities, if you start a business. Plus, there’s a lot to choose from. Louer.com, a real estate listings site in Quebec, notes that there are 80 million square feet of commercial space in and around Montreal. The city is a great place to settle.

If you think about buying a house, things get a little more expensive. According to recent statistics from job search site Workopolis.com, your household needs to earn about $78,473 a year to comfortably buy a home in Montreal. The advantage is that homes are not as expensive as in some Canadian cities, such as Calgary, Toronto and Vancouver.

Dozens of struggling artists are drawn to the city’s vibrant art scene and low rents. Arcade Fire, Leonard Cohen and Mordecai Richler are just three examples of musicians, poets or authors who have taken up residence in Montreal. (At least, from time to time.) Montreal is a good place to connect with like-minded cultural people.

Street artists amaze the crowd in Montreal. Image of http://www.hotel-montreal.net/

In addition, bars do not close until 3 a.m., so something always happens late at night. The city is so liberal that it even recently offered to keep some bars open until 6 a.m. (this proposal, however, did not succeed.) The city has entire streets and neighborhoods with restaurants and clubs. Some of these neighbourhoods include La Petite-Patrie, Old Montreal, Saint-Henri, Mile-Ex and plateau. You will never run out of options to eat and drink.

If you feel too old for nightlife, but like beer, Montreal is unique compared to most other Canadian cities. You can get beer at the local convenience stores.
The Montreal Gazette
reports that some convenience stores have given a boost by having sushi bars, craft breweries and sandwich shops.

The downside is that spirits such as brandy and scotch tape are harder to get. You buy alcohol from the Société des alcools du Québec (SAQ). Their stores, however, are more sparse than convenience stores and have strange opening hours for some people. If you’re looking for a particular wine brand, you may need to call different stores to find it. Still, nothing beats getting cold on a hot day just at the turn of your house.

Being such a cultural city, Montreal is home to major and established festivals. Think of Montreal and you could immediately think of the Just for Laughs comedy festival. However, there is so much more to take. Do you like horror and martial arts films? Then there is the Fantasia Film Festival. Do you like jazz music? Then the Festival International de Jazz de Montréal is for you.

Is alternative rock more your style? Then you definitely want to visit the Osheaga Music and Art Festival. Looking for something to do in January? Then there is Igloofest. There is almost always a kind of festival in Montreal all year round. You can find more festivals in this list. Some of these festivals are quite family-friendly, so if you have kids, you’ll have things to do with them.

The cost of a monthly pass is lower than it is in other places. An adult monthly pass in Toronto currently costs $141.50, but in Montreal, the same pass costs $83.

The Montreal metro, or metro, also serves most of the city, so it’s easy to get there. See the section against, however, about service delays.

Here’s a good tip for moving to Montreal: you can count on another mode of public transportation, your bike. In 2013, the Copenhagenize Design Company named Montreal the best city in North America for cyclists. Two years later, Minneapolis had overtaken Montreal, but Montreal remained in the Top 20 cycling cities in the world. It was the only Canadian city on this list.

Montreal has bike paths that are separate from vehicular traffic and safe for travel. Forget the car and the subway, perhaps, and use your bike instead.

The disadvantages of moving to Montreal

However, not everything is rosy to move to Montreal.

1. You must be bilingual

Montreal is a great place to visit if you only know English or French. You can always find someone to be served. But to live here, you will probably need to know both official languages. Otherwise, well-paying jobs will be very difficult to find. In addition, knowing only one of the languages can make you feel alone in the city.

Fleur-de-Lis on a railing at the Golden Square Mile, Montreal, Quebec, Canada

Language problems also sometimes cause friction, especially when a provincial separatist government is in power. Things seem to have calmed down lately, but the strange language problem arises from time to time. For example, the Second Cup coffee franchise was the subject of protests because it had only English on the signs of its stores in Montreal.

The good news is that if you make a decent effort to try to speak French as English, the city is newcomer friendly. Someone will be there to help you master the language if you try honestly. You can also take courses. There are also French immersion programs and camps for your children, if you have any.

Although the cost of living in Montreal is relatively low, taxes are among the highest in the country. According to the above-mentioned article in the Montreal Gazette, one third of your paycheque could be used solely for income tax purposes. If you earn up to $42,390 in taxable income in 2016, you will pay 16% provincial income tax. Add to that the 15 per cent federal tax you will pay in about the same tax bracket. That is a lot of money going to the tax authorities, and it is in the lowest tax bracket.

In addition, sales taxes are quite high in Montreal. Quebec’s sales tax is close to 10 per cent, coupled with the Goods and Services Tax (GST) of five per cent. This cheap rent may not be so cheap after all, once your taxes gobble up what you would save.

If you’re moving to Montreal and you’re from Vancouver or Toronto, be prepared for a shock. Montreal is home to cruel, long, snowy and harsh winters. Daytime temperature averages around -10 degrees Celsius in January, but wind chills are known to plunge below -30 degrees Celsius.

While there are certainly events and things to do, the city can be asleep from December to March thanks to the weather. Many people are huddled by the fireplace to try to warm up.

Montreal is literally collapsing. Concrete fell from the road viaducts of recent memory. Potholes dot the roads. Rusty metal is everywhere. The Champlain Bridge is constantly closed and in danger of collapsing. The problem is so serious that a city councillor recently suggested that Montrealers wear protective helmets to protect themselves from falling debris.

Repairing the city’s infrastructure will take a lot of time and money. If you like to sail smoothly on the roads and you don’t like to be hindered by traffic because of bridge closures, Montreal is not the place for you. Some relief may be on the way, though. Money from the 2016 federal budget will be used to repair Canada’s infrastructure over a 10-year period. Montreal could use a lot of that money.

Speaking of ruined infrastructure, the Montreal metro generally has service delays. In 2015, 956 incidents delayed trains by five minutes or more according to the French-language newspaper La Presse. Sometimes an entire subway line can be closed for hours, and peak periods are no exception.

The bus is also a problem. The city’s bus fleet is aging, so about 25 percent of buses are being repaired at some point. This means that fewer buses run. It also means that you may need to let two or three buses pass before any of them have enough room to stop for you. However, the lower transit cost could compensate for this if you can somehow plan for these service interruptions.

Should you move to Montreal?

If you have a prominent job, love culture and speak French, Montreal is the place to be. If you hate traffic or waiting on public transport and don’t like to pay taxes, you might find Montreal stressful.

Despite the drawbacks, Montreal certainly has a lot to do. Neighboring cities like Ottawa can only look at Montreal with some desire for some of the great things the city has to offer. Maybe Montreal has just enough positives for it to be worth a try for you.

How much does it cost to hire movers? 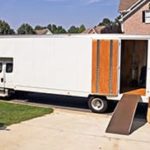 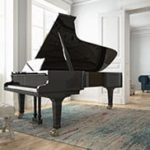 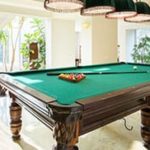 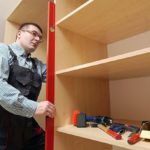 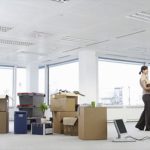 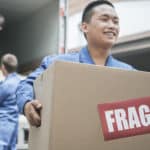